Kwediboma is the furthest mission away from the Tanga Diocese in East Africa. It is situated between the Tanga Coast and the beginning of the Masai Steppes, 140 miles from Tanga.

Previous to 1952, Kwediboma village was an outstation of a Mission in the Usumbara Mountains run by the German/Swiss Benedictine Fathers, who travelled the roughly 200 miles on a donkey to say Mass and minister to the very small congegation (less than 50). 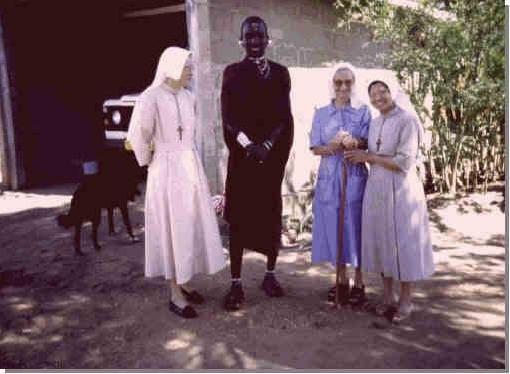 In 1952, the first Rosminian fathers were offered, by the local Islamic chief, a large plot of land on which to build a church and a hospital. The first Irish Fathers, ( as far as we know ) were Frs Donnelly IC, Fr Micheal Reen IC, Fr Michael Egan IC and they were accompanied by Brother James Kane IC. These were followed later by Fr Patrick Downing, Fr Mauric Reen, Fr Sean Fitzpatrick, Fr Joseph Stout, Fr Johnnie O’Shea and Fr Thomas Hubbart.

The first arrivals lived in a mud hut while they erected, temporarily, a tin church. They went on to build the Fathers’ house, a boys boarding school with kitchen, refectory, shower room and Dormitories (four) and staff houses. 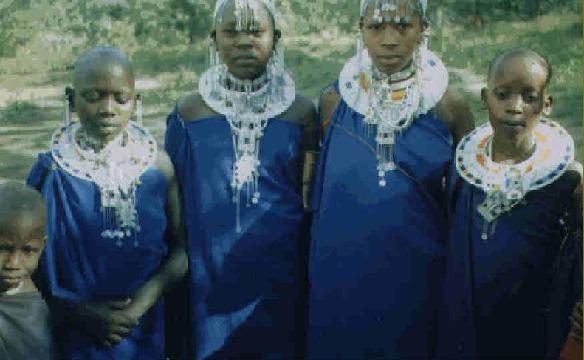 The year 1956 saw the arrival of the Rosminian Sisters, two Irish Sisters Sr M Vianney, Sr M Francis and two Italian Sisters, Sr M Sylvester, Sr M Laura. On arrival the sisters had no house or hospital, They were given the Fathers’ house while the Fathers slept in the church sacristy and commenced building a second Fathers’ house. A room (mud hut) was used by the nursing sisters to attend to any patients who presented themselves for treatment. A small dispensary was then built by the Fathers with a second small room with a wooden bed for deliveries and a store. Sister M Frances became ill after 3 months and was succeeded by Sister M Geltrude (Italian). 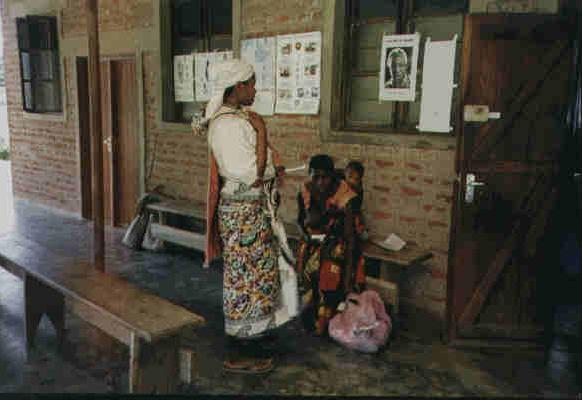 In 1962, Sister M Rita arrived and the new church was in the process of being built and was consecrated in 1962/63,by Rev Monsigner Arthurs, Irish Rosminian and Bishop of Tanga from 1958 to 1970. In the 1970s, the present three roomed dispensary was built and three rooms added on to the first building which was above and on a slope. The present full maternity block was built in the early 1980s. Around 1984, money was very scarce and buildings were erected according to means at hand. All three hospital buildings are on a slope and separated one from another.

The Kwediboma Sisters later designed and planned the building of staff houses and outhouses, five in all, with outdoor toilet pits. These latter builders and designers were Sister Emma Renata, who arrived in Kwediboma 1975, and Sister Alberta, who arrived 1976.

Details about how St Mary’s parishioners support the work of the Kwediboma Mission will be posted later.