JESUS says in today’s Gospel, “If anyone wants to be a follower of Mine, let him renounce himself and take up his cross and follow Me” (Matthew 16:24). And St Paul also says, “The word of the cross is folly to those who are perishing, but to us who are being saved it is the power of God … For Jews demand signs and Greeks seek wisdom, but we preach Christ crucified, a stumbling block to Jews and folly to Gentiles” (1 Corinthians 1:18, 22-23).

St Helena, (ca 248-330) who was the mother of the Emperor Constantine (272-337) went searching for the True Cross on which Our Lord was crucified because she recognised its power. Constantine, who at the time was a pagan had prayed to the True God to give him a sign of victory against his enemies. And so he saw a sign in the sky of a cross with the words “In hoc signo vinces” which means, “In this sign you shall conquer.” So Constantine put the Cross on his standard and shields and then marched into battle.  He was victorious at the Battle of the Milvian Bridge in 312 and went on from there to conquer all of the Roman Empire, east and west. This was the beginning of Christendom, because he ended the persecution against Christianity and made Catholicism the official religion of the Roman Empire. So recognising the power of the Cross, his mother St Helena went to Jerusalem to find the actual Cross on which Our Lord was crucified. 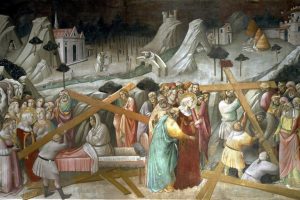 Pagan emperors years before had purposely piled masses of soil and rubble over Mount Calvary and built a pagan temple to prevent any Christians from worshipping at these holy sites. When St Helena arrived, being the mother of the Emperor, she ordered all the soil and rubble be taken out so that the Holy Places could be restored. After a lot of digging they came upon three crosses, but there was no sign on any of them.  Assuming that one was the True Cross and the other two belonged to the thieves crucified alongside Christ, a woman dying from a terminal disease was brought to the spot. She touched the crosses, one by one and after she touched the third cross, she was cured, thereby identifying the True Cross. 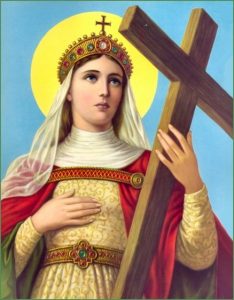 The Cross of Christ brings life because it has defeated death and the devil. The Cross is the instrument of salvation and it was chosen as such by God from all eternity. Just as the fall of Adam took place next to the tree of the knowledge of good and evil, so it would be by another tree, the Cross, that the Second Adam (JESUS) would bring salvation to this fallen world. The Cross of Christ was also pre-figured by Noah’s Ark which was made of wood. Just as those inside the Ark were saved from the flood, so we are saved from the shipwreck of sin and arrive safely at the port of Heaven by the Cross of Christ. 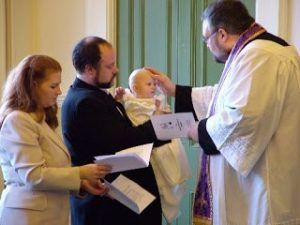 But there are other ways the Cross can come into our lives too: the pains and sufferings of life which we can offer up. We need to realise that crosses must come into our lives because they will save us. This is why God permits them. They can come in many forms: pain, grief at the death of a loved one, misunderstandings among friends and in families, financial problems and so on. This is all due to Original Sin – the sin of Adam and Eve in the Garden of Eden. If there had been no Original Sin there would be no suffering. There would be no death, disease or sickness in the world. But God permits these things because He knows He can bring a greater good out of it. The greater the struggles you have, the greater the graces and the victories will be. So let us use these struggles as a weapon to save our souls and those of others. Sickness and infirmities borne patiently can help us atone for our own sins and for those of others.

Connected to all this is what we call “Victim Souls”. A victim soul is a person especially called by God to sacrifice and suffer in union with Him for the conversion of souls, and in reparation for the sins of mankind. In other words, their mission is to lead souls to God. Examples would be St Faustina and St Padre Pio. 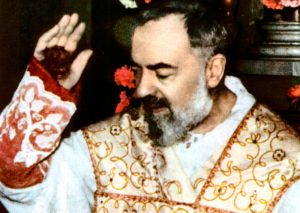 There are so many sins in the world today, those of the ignorant and also those committed with malice by people who hate God, and then there are the infidelities of all of us. They all deserve God’s punishment. But God has given us two great means of averting this: the Holy Sacrifice of the Mass and the voluntary expiation of sins made by generous souls. St Gemma Galgani (1878-1903) received the wounds of the Passion on her body which bled every Thursday and Friday. They would then disappear and return again the following week. In 1900 Our Lord said to her, “Victims of expiation are needed for the sins of the world. If only you could let the whole world know how incensed My Father is at the world. Even now He is preparing a severe chastisement for the whole human race.” The fulfilment of this prophecy was more than likely the First World War. We, by offering up our sufferings and trials can do the same, even though we are probably not called upon to do so to the same degree as these great saints did. 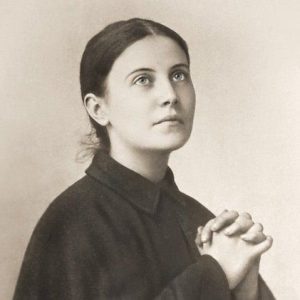 This is a huge topic, but one final point I would like to mention now, and hopefully it will be a reassuring one, is that if you have much to suffer, it is a sign that God has a high degree of glory planned for you in Heaven. If you have many crosses to bear in spite of the fact you have tried hard to lead a good life and love God above all else, it is a great sign for you for eternity. Just as some stars are more brilliant than others, so the saints in Heaven have different degrees of glory. Those who converted just before death will no doubt have a lower degree of glory than those who led lives of heroic virtue. Now suppose God has planned for you a very high place in Heaven, but you don’t have the inclination or will to attain it and you are content with avoiding any serious sins, you say your prayers, attend Mass and do many good works. But that is not enough for what God intends for you. So He uses the Cross – this could be pain, tribulation, temptation and sickness. God is preparing you now for a marvelous glory He has prepared for you in Heaven. Just as the vine has to be pruned year after year to bear really good fruit, so our souls need pruning and refining to be worthy to take our place among the highest choirs of the angels and saints. By our own efforts we cannot attain this, and so God purifies and refines us by sending us crosses and sufferings. Let us always remember the words of St Paul, “no eye has seen, nor ear heard, nor the heart of man conceived, what God has prepared for those who love him” (1 Corinthians 2:9).